Donate to Experimenting with Katz

Help us reach our fundraising goal by making a tax-deductible donation!

"To say a little bit of magic happened last night would be an understatement. A slightly toasty theatre did not stand in the way of this beautiful, moving and funny (dare I say hilarious?) play, Experimenting With Katz. The audience and cast were in sync from the top and took a wonderful ride together. The company is stellar (that's what happens when everybody has a great role) and the event/party was perfectly presented. But my biggest shout out goes to the founder of our feast David Adam Gill. I so look forward to watching as he continues on his journey as a playwright. Discover his plays. Cherish his characters. Read him now. See him now. This guy is the real deal." ~ John Robert Tillotson​

Michael Katz has a problem: he's just come out of the closet (again), and it's not going particularly well.  First, his mother shows up unexpectedly in the midst of a snowstorm to ambush him with (among other things) the daughter-in-law of her dreams. Then his best friend selfishly decides to start prioritizing her own needs above his (and it's still snowing)! On top of everything, the one person who's willing to put up with him is the only person he doesn't want anything to do with (at least that's what he keeps telling himself), leaving Michael to wonder, is this really the course of true love, or is it some social experiment gone horribly wrong? And why won't it stop snowing?!!

Set in Chicago in the midst of an unseasonable blizzard, "Experimenting with Katz" deals with issues of coming out, and it's repercussions from family and friends, highlighting the absurdity of those who use their ignorance about the LGBTQ community as a justification for their actions, while ultimately proving harmful to the very people they love. 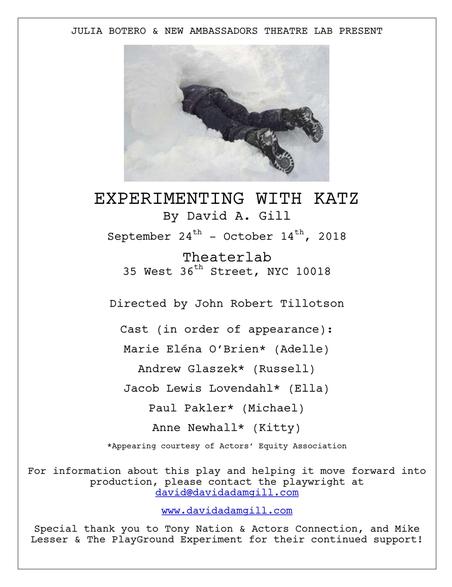 MICHAEL KATZ, a man in his mid 30's, a visual artist

KEVIN BROCCOLI (ELLA VADER), a man in his early 30's, a Gender Illusionist

RUSSELL DUNHILL, a man in his late 30's, a meteorologist 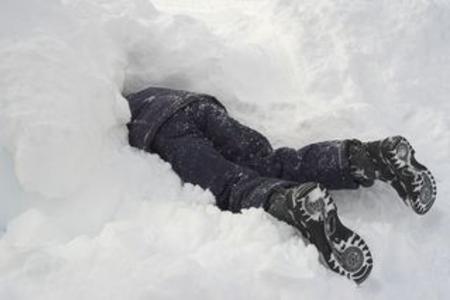